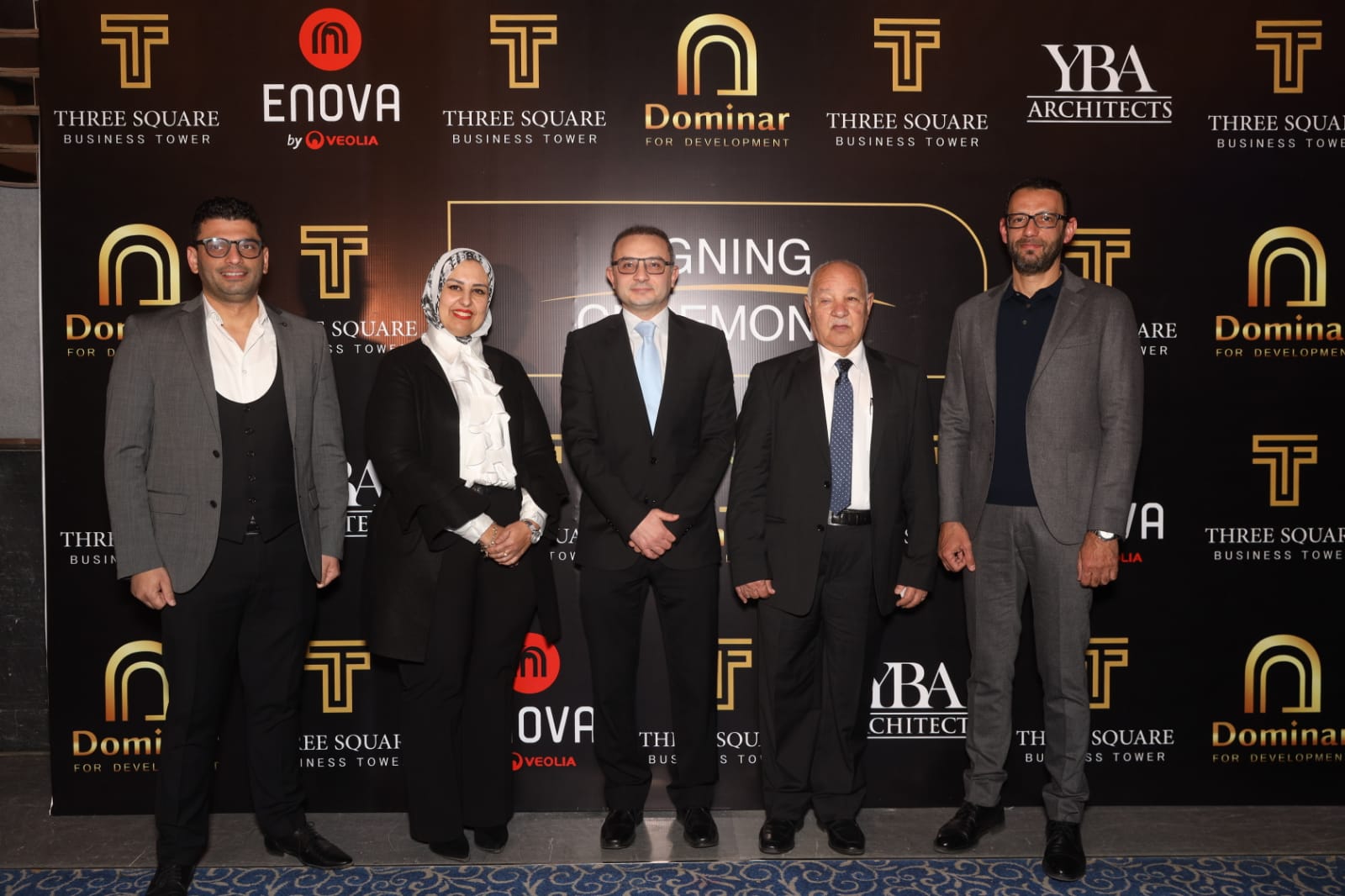 The project is located in the most distinguished area in New Capital’s financial district, says Sherif Khattab

The project is promising and in a privileged location in the New Capital, says Enova Company

We have successfully implemented and managed more than 1,200 projects over 25 years, says Yasser Al Beltag

Dominar for Development, one of the leading companies in real estate development field, announced the launch of its first project in New Administrative Capital. The company signed cooperation contracts with a number of major local and international consulting companies to build and supervise the project construction.

In press conference, the company has signed a strategic partnership agreement with Yasser Al Beltagy Architects (YBA) as a general consultant for the project and Enova International to manage the project.

Fawzy Khattab, Chairman of Dominar for Development, stressed the company’s insistence to contract with major consulting companies locally and internationally to benefit from their experiences and to offer a more distinguished real estate product that complies with the highest local and international standards and specifications. Accordingly, the company has already contracted with the YBA as a general consultant for the project and the global company Enova International to take over the project management.

Khattab added that Dominar has a strong business precedent and nearly 30 years of experience. The company was established in 1991 and has developed many successful projects in Egyptian market. Moreover, the company has previously developed Maryland buildings, and 15 towers in Heliopolis and Maadi, in addition to some villa projects in New Cairo in areas of North Teseen St., Nargis, Southern Academy, and others.

He disclosed that the company headed to invest in the New Administrative Capital because it is a promising project and has reached the global level with the testimony of international institutions.

For his part, Sherif Khattab, CEO of Dominar for Development, stated that the project is located on an area of 5,100 sqm in the Financial and Business District at New Capital, next to the Central Bank of Egypt and directly on Ministries Street.

Khattab elaborated that the new project is a mixed-use administrative building that contains two garage floors, a ground floor and seven typical floors, and it consists of three separate connected buildings.

He pointed out that the company knocked on doors of investment in the New Capital with a new and unconventional idea that aligns with the state’s direction for urban expansion and the inauguration of smart fourth-generation cities.

Yasser Al Beltagy, Chairman the YBA, praised the cooperation with Dominar, stressing that the cooperation between the two sides aims to develop the project according to the highest levels of quality in designs and construction, and to provide an exceptional real estate product capable of facing fierce competition in the New Capital.

Al Beltagy added that YBA has succeeded in implementing and managing more than 1,200 projects over 25 years, ranging from residential, educational and cultural projects, hotels and leisure resorts, besides, industrial, religious and commercial projects in Egypt, the Middle East and Europe.

Hazem El-Shennawy, contracting officer with Enova, said that , “In the beginning, I would like to express our happiness to cooperate with Dominar, and to sign the agreement between the two companies to manage its project in the New Capital.”

Kamal added that the project is promising and situated in a privileged location. It is being developed by one of the distinguished companies in the Egyptian market.

He further noted, “We have a large balance of experience in managing mixed-use projects and we have a good understanding of the nature of customers and the various activities inside the building, which makes us able to provide services that provide added value for the project, which in turn will maximize investment opportunities in the project.”

Skyway Development contracts with Elite to manage, operate the Bayadega Tower at New…