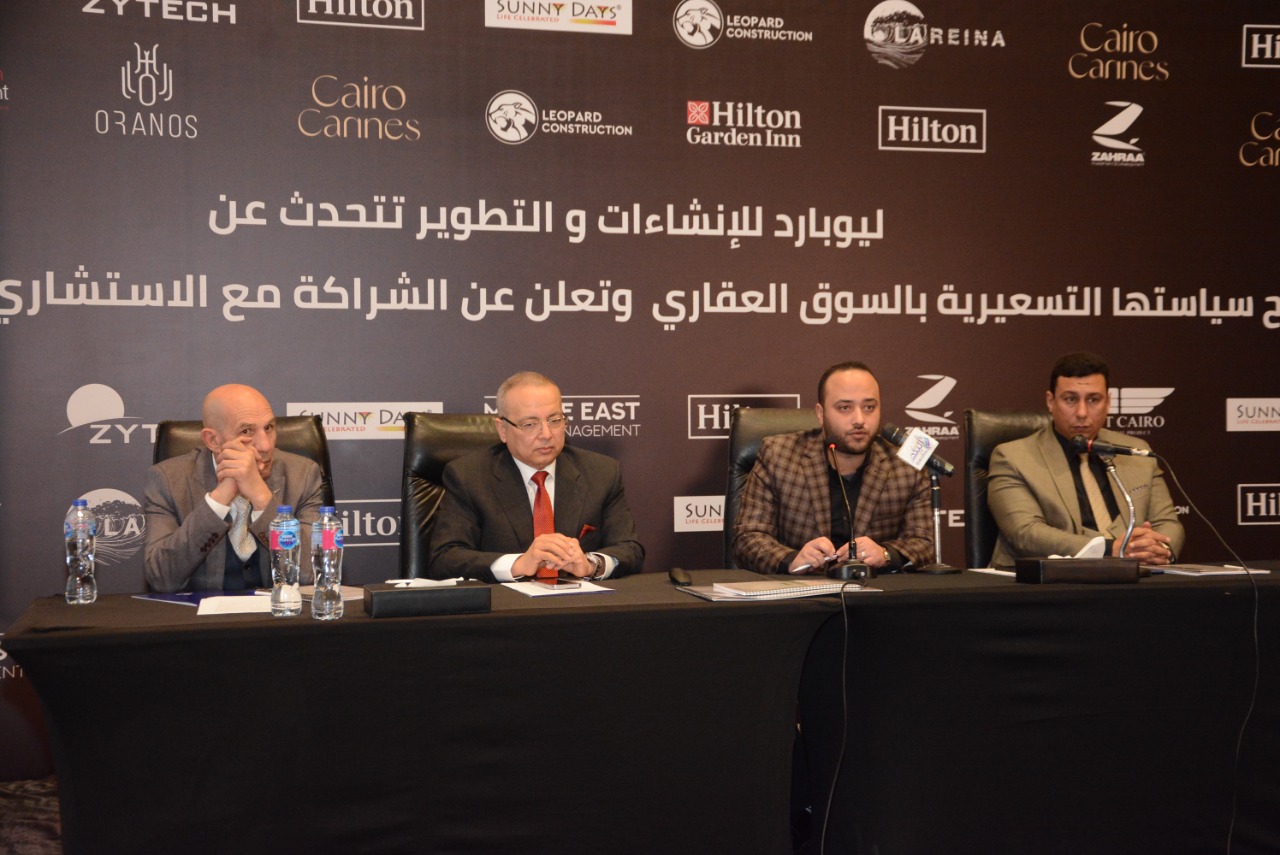 – Eng. Mahmoud Zayed: The design of the “Cairo Cannes” project is an imitation of the architectural style of the French city of Cannes

– The first phase of the “East Cairo” project has been launched, with a 10% reservation down payment and up to 12 years installments.

Leopard Construction and Development has launched its latest project, “Cairo Cannes”, whose name was chosen through its engineering design inspired by the French city of Cannes.

This was announced by Engineer Mahmoud Zayed, Chairman and Managing Director of Leopard Construction and Development, explaining that a ministerial decision had been issued for the “Cairo Cannes” project, which is located on an area of ​​34 acres on the front of the main road to the new city of Heliopolis, and the project will be implemented in partnership with the company. Zahraa El Maadi, and the price per square meter starts from 12 thousand pounds.

Zayed explained that the “Cairo Cannes” project is a fully-serviced residential compound, comprising (1000 housing units – a commercial mall – a social and sports club), and the first phase of the project will be delivered in 2024.

In a related context, the of “Leopard Construction and Development” explained, during a press conference held today, Friday, January 28, about the details of the “East Cairo” integrated residential project, which will be built on an area of ​​78 acres, with a total of 4,500 housing units.

He pointed out that “East Cairo” includes many features, starting with its distinguished location right on the Administrative Capital Road, just ten minutes before El Shorouk City, and near the LRT express train station.
The Leopard company targets a total sales value of 5.5 EGP bn.
Zayed confirmed that the company obtained most of the approvals to start construction work on the “East Cairo” project at the beginning of 2022, and that the project will be launched in three phases.

He added that the first phase of the project was launched, and it is planned that the handover will be completed in 2024, and the company offers multiple reservation systems to suit all customers, starting with a 10% down payment and payment systems up to 12 years.

Zayed explained that the “East Cairo” project includes (a gym – Hilton Garden Inn – a government unit to extract official documents – a hospital with excellent services – a model school for all educational levels), and the price per square meter starts from 10 thousand pounds, stressing that the price per square meter for the project increases daily at a rate 18 Egyptian pounds.

On the other hand, “Leopard Construction and Development” signed a partnership contract with the Canadian Engineering and Consulting Office, and the Chairman, Dr. Imad El-Sherbiny, who participated in many important projects in the Emirates, such as (Sharjah Mall – Gevora Hotel – City Towers) signed on behalf of the engineering office. And inside Egypt (Parkland Avenue Compound – Sama Mall).)
In a precedent that is considered the first of its kind for the first time in the Egyptian real estate market, Engineer Mahmoud Zayed revealed the application of the “Leopard Construction and Development” company to a fair and unique sales pricing policy to be applied for the first time, as the company conducted an arithmetic study of the rate of price increase for the recognized real estate units within The real estate market, which is applied quarterly at a specified rate or with the increase in the prices of building materials.

Zayed explained that the “Leopard Construction and Development” company divided this increase and applied it on a daily basis at a rate of 18 pounds in excess of the price per square meter per day, which achieves a sales balance between the buyer according to the date of purchase, and this balance in this way has become very accurate and fair, as the known increases in the market Real estate, which is applied on a quarterly basis, will expand the price difference between the buyer a day after the increase and the buyer one day before. As for the policy of Leopard, it achieves a daily balance with a very noticeable difference between each buyer and the other.
Stressing that the company also took commitments on itself fixed by clauses in the sales contract to guarantee the investor that daily increase with the same value, subject to increase according to market requirements, and not subject to decrease even in light of the real estate stagnation.

Among the guarantees provided by the company to the buyer, which was also documented in the sales contract, is that if the customer wishes to sell the unit again to the company after receipt, the company will purchase it according to the new price after the increase and has identified multiple systems for its purchase.