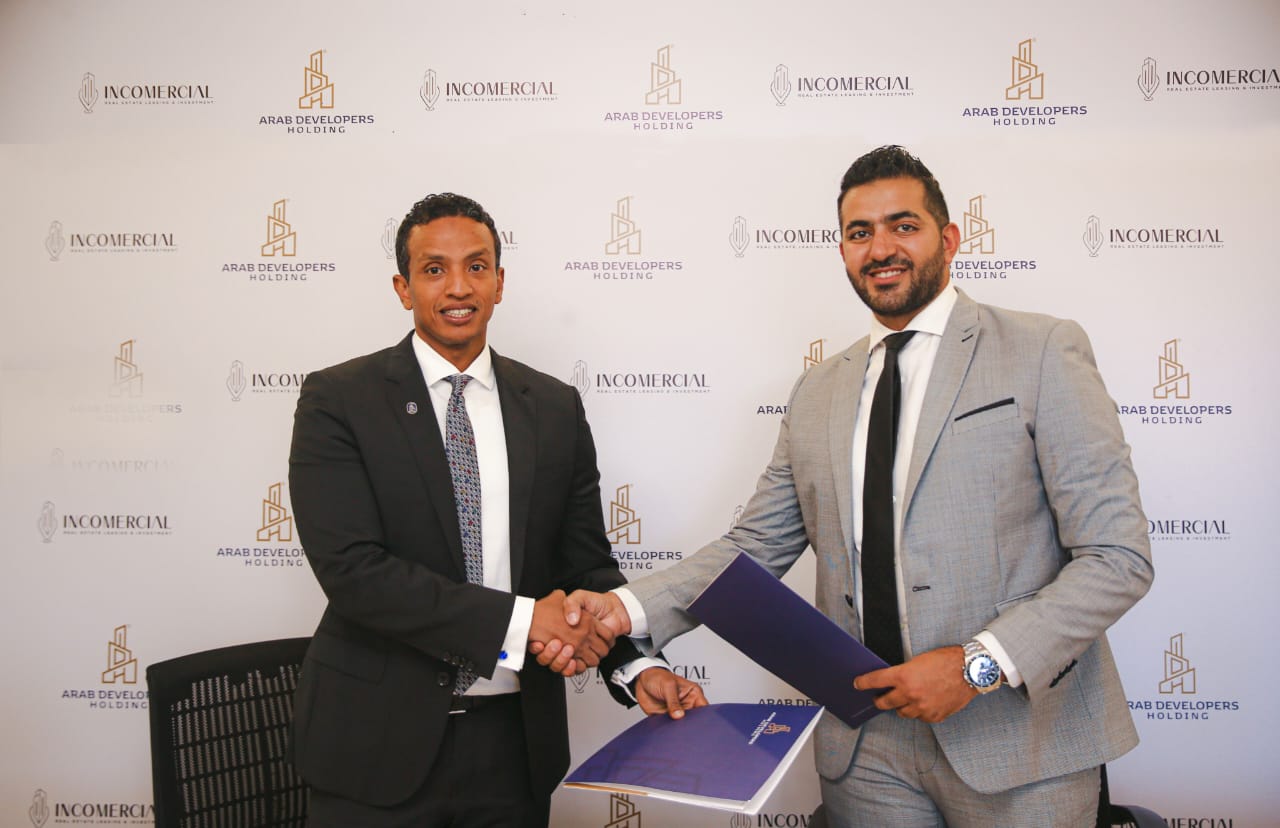 The Arab Developers Holding has contracted Incomercial due to its strong business history and its specializing in commercial real estate and commercial project management .The contract comes within the strategic plan that the company is currently implementing in its projects.
The contract was signed by Dr. Ayman bin Khalifa, The Group CEO of Arab Developers Holding, and Mohamed Shehata, founder and CEO of Incomercial, in the presence of officials of the two companies.
Dr. Ayman bin Khalifa, The Group CEO of Arab Developers Holding, said that this contract comes within the holding’s strategy to raise investment value of its projects, and cooperate with strong companies in different specializations. In addition to, providing everything that is distinctive to the company’s existing customers and increasing the company’s customer base.
Bin Khalifa pointed out that the Arab Developers Holding is working within a business strategy based on several axes, most notably commitment with its customers and maintaining their confidence and level of satisfaction, besides, cooperating with new success partners whose goals are integrated with the company’s goals.
He noted that Incomercial is one of the companies specialized in field of leasing commercial malls, which was able, during a period of three years, to contract and work on commercial spaces, renting more than 100,000 sqm.
He further pointed out that Arab Developers Holding has assigned Incomercial to attract brands to be present within the Park Mall. The project is located in a special place, as it is situated on the most important main axes in Fifth Settlement, New Cairo, namely the North and South Teseen Street and in front of the American University.
He added that the project is a commercial mall comprises largest branch of the Lulu Hypermarket chain in Egypt on an area of 8,200 sqm, in addition to a sports gym on 2,000 sqm, a cinema, an open area spans over 5,000 sqm, landscape, restaurants, and playgrounds. Over and above, the mall encompasses various services that provide a unique experience for visitors. The shops are also contracted immediately within the project.
The mall includes a rental area of 30,000 sqm, and contains units with various sizes starting from 50 sqm. Accordingly, the company is cooperating with a specialized company to rent it to ensure diversification of brands within the project and increase its investment value, bin Khalifa said.
He explained that the Park Mall is located within Nyoum New Cairo project, which is residential towers that include luxury apartments and a huge commercial mall.
Mohamed Shehata, founder and CEO of Incomercial, stated that contracting with the Arab Developers Holding is an added value to its business and adds a strong developer and a distinguished project to portfolio of projects that the company has worked on.
The project is integrated with the elements of attraction for brands such as name of developer, distinctive location, design and internal division of units, Shehata added.
He pointed out that his company cooperates with a number of major real estate developers in various and huge projects owned by major real estate companies. Services provided by the company vary between leasing for malls and administrative spaces, and managing commercial property portfolios.