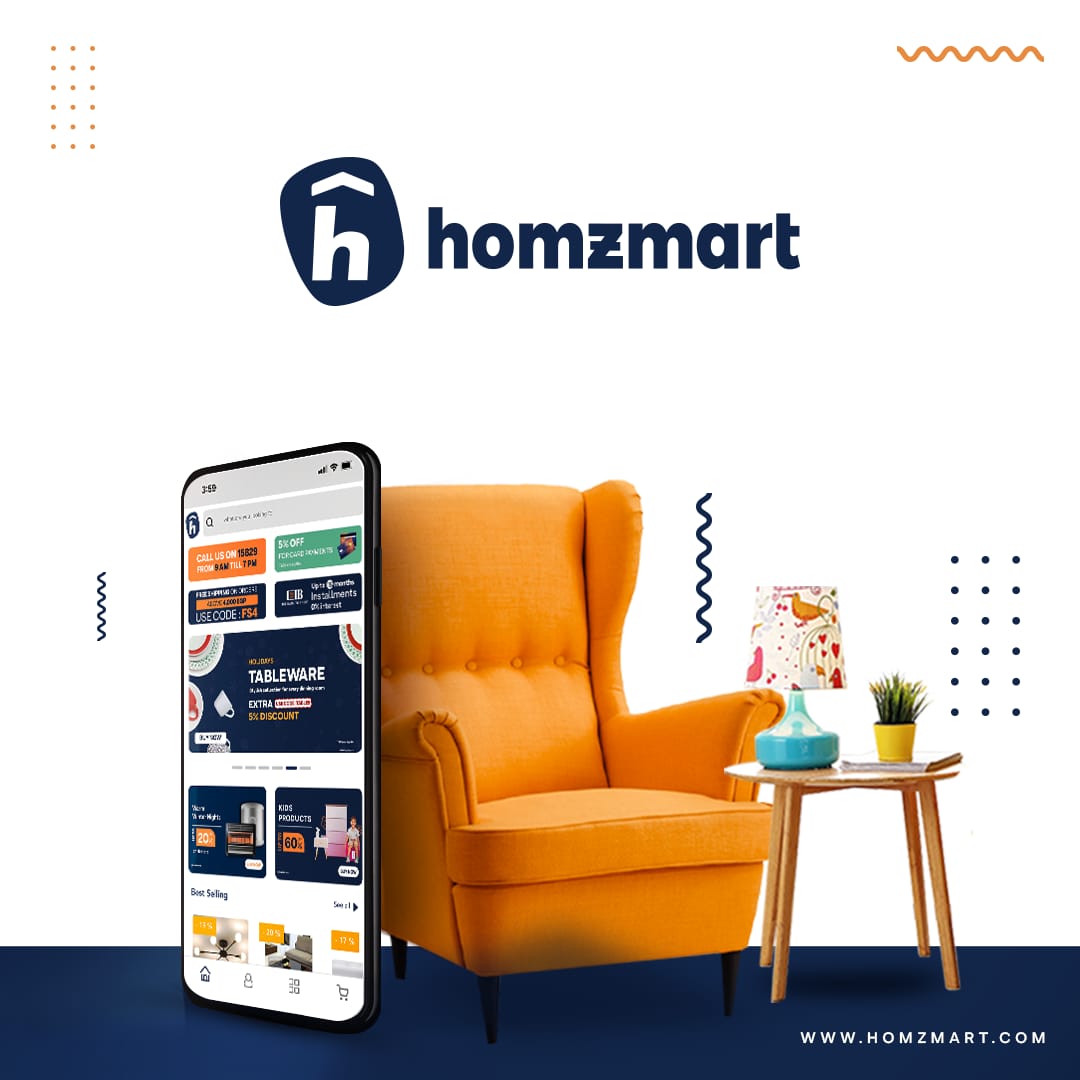 Homzmart, the Middle East’s one-stop shop for furniture and home goods, lands a Pre-Series B investment of $23 million to bring its total investments up to almost $40 million – the latest fund included the participation of STV, the region’s largest technology VC fund, along with existing investors, such as Impact46, Outliers Ventures, Rise Capital and NUWA Capital

The investment comes after the company’s solid expansion to KSA earlier this year, accessing a $15 billion market, growing at 10% CAGR per annum. With more than 45 thousand products in catalogue; the company placed a huge focus on empowering the local Saudi furniture manufacturing sector that is reaching +60% of the total company sales, doubling down on Saudi 2030 vision.

The company has achieved 300% y-o-y growth during the last year. Serving over 25 million households between Egypt and Saudi, with over 150K unique products in catalogue from the region’s leading brands, factories, and artisans. Recently, Homzmart launched its digital showrooms chain in Egypt to tap into the online-offline-online (OOO) strategy to further tap on varies consumer segments and engage firsthand with customers.

“We are very proud with what the company achieved so far, we continue to be laser-focused on Homzmart’s vision of digitizing the whole home value-chain, empowering local and regional production capabilities with clear impact on the region’s GDP especially during the global macroeconomy situation. The company will keep investing on its healthy growth, especially after achieving great milestones towards its vision, ” said Homzmart’s Co-founder and CEO Mahmoud Ibrahim.

Ahmad AlNaimi, General Partner at STV, asserted, “MENA’s homeware and furniture market is a $80bn opportunity that is offline and fragmented. Homzmart has established itself as the de-facto platform to close the gap between manufacturers and consumers, and enable and scale local suppliers. We’re excited to back Mahmoud, Ibrahim, and the Homzmart team as they build the next MENA e-commerce giant.”