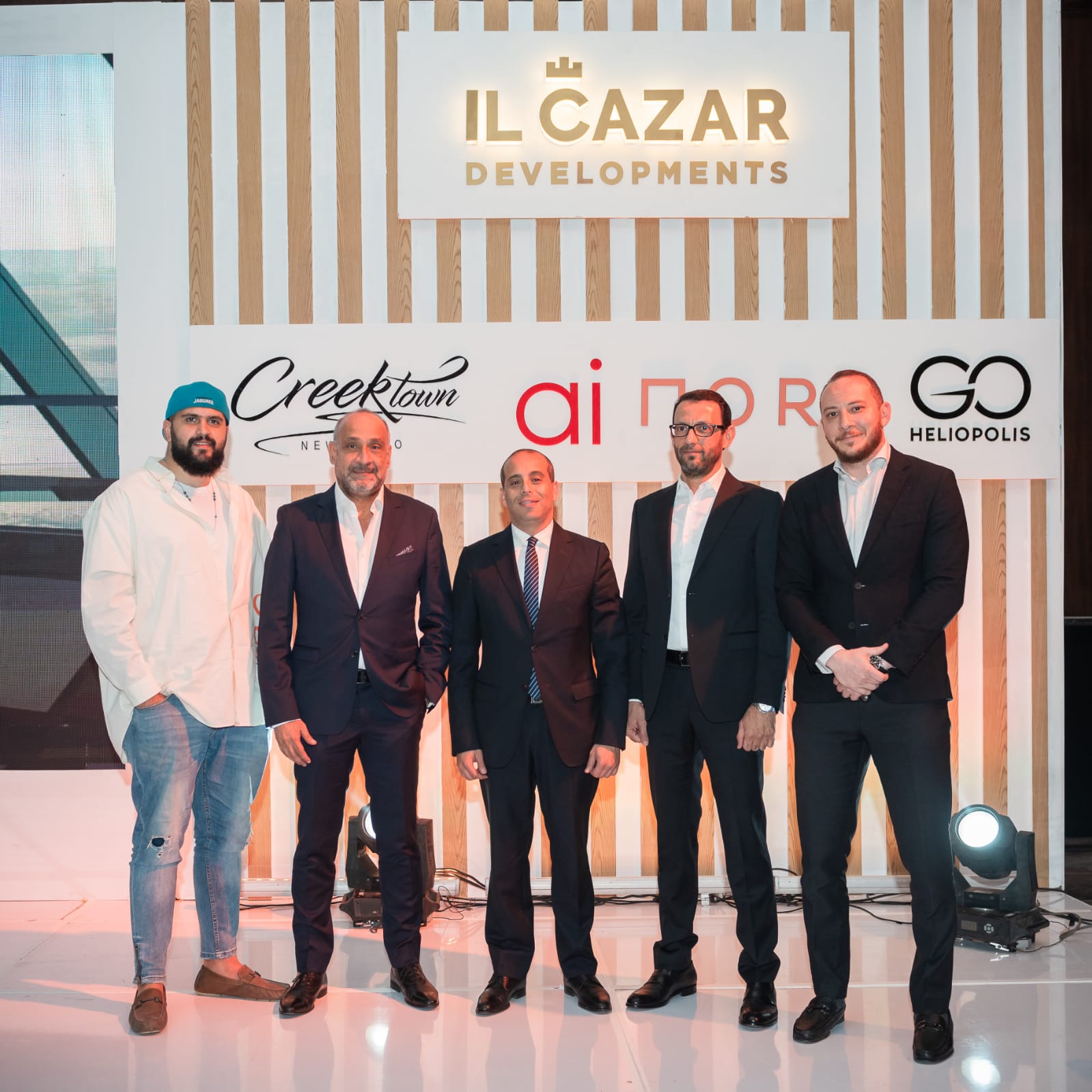 Ilcazar Developments has launched two new projects, the first in New Alamein city, and the second in New Cairo, during a ceremony organized by the company, which was attended by the company’s officials, consulting offices that design the two projects, and real estate marketing companies.
Chairman of Ilcazar Developments Nader Khozam said that the company launched two distinct projects, one in New Alamein and the other in New Cairo, which achieves more diversity in the company’s project portfolio, in addition to increasing the company’s client portfolio.
During the ceremony, the company began receiving reservation requests for the two projects.
Khozam pointed out that the launch of the two projects simultaneously reflects the company’s strong financial solvency, and its ambitious investment plan. Besides, it is an ideal timing to launch two projects during summer season, which is witnessing the peak of real estate market sales.
He explained that the first project, Nord, is located in New Alamein on 80 acres, overlooking the main lake with a width of 1,200 sqm, where the project is located next to presidential palace and residential part of the project consists of 500 different units between independent villas, duplexes and twin houses.
He further noted that the project includes commercial areas, a clubhouse, a gym, restaurants and entertainment areas, added that the project designs are being finalized. The company has assigned consultant Raef Fahmy to develop the project designs.
Ilcazar Developments plans to begin constructions next October and it offers flexible payment plans up to 7 years, he disclosed.
The second project dubbed AI, which is a medical administrative commercial project, located on New Suez Road, specifically in First Settlement, on an area of 10 acres. The project consists of 10 connected buildings, Khozam pointed out.
He stressed the importance of the availability of services within the project, which is one of quality elements and provides comfort and luxury for customers. The project includes full services, a parking space that can accommodate up to 3,000 cars, modern electricity services, modern technical systems for gates, as well as ceiling heights of units up to 6 sqm.
For his part, Fadi Nassif, a member of the company’s board of directors, stated that it is planned to begin delivering the project by the end of 2025, noted that the official launch of the project will take place in June. Through this launch, the company’s projects portfolio will increase to four projects in record time.
Officials of consulting offices presented details of the two projects during ceremony in order to present their competitive advantages, and services that each project enjoys to ensure a luxurious and comfortable life for customers.