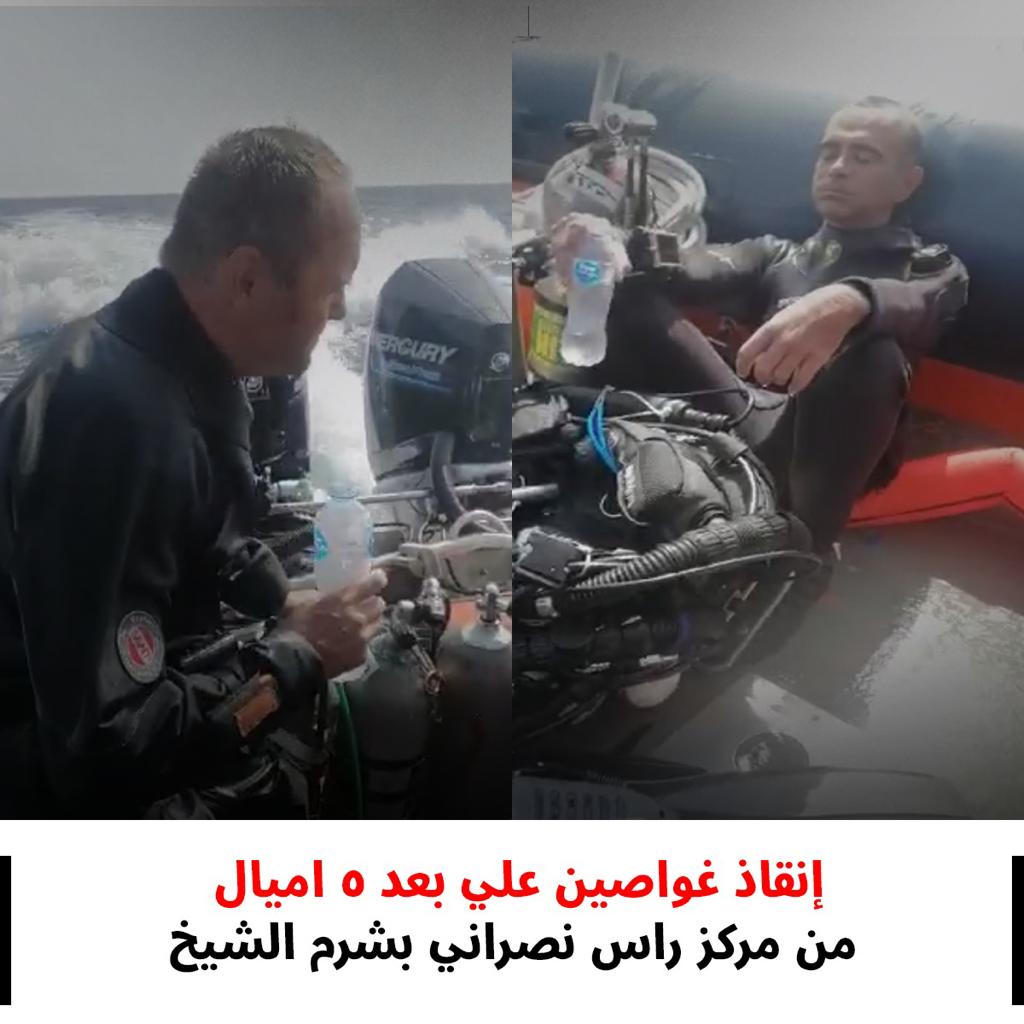 Talaat Moustafa Group boats participate in rescuing
French tourist, Egyptian diver in Strait of Tiran
The boats of diving centre, affiliated with the Talaat Moustafa Group (TMG) in Sharm El Sheikh, has succeeded in rescuing a French tourist and an Egyptian diver, who went missing in the Strait of Tiran in the Red Sea.
Sources from the Chamber of Diving and Water Sports (CDWS) and from Sinai Blues diving centre, affiliated with the Talaat Moustafa Group (TMG) in Sharm El Sheikh stated that the Egyptian diver and the French tourist were on a diving trip in the Thomas area near the Strait of Tiran when they went missing.
As soon as the signal was received, an appeal was issued for all the centres in the Tiran and Nabq regions to search for the missing diver and tourist.
Talaat Mustafa Group rescue team succeeded in finding the tourist and the diver during the return, 7 kilometers (5 miles) away from the shore in good health, and they were reassured and taken to the shore.
Talaat Moustafa Holding Group owns a luxury tourist resort in Sharm El Sheikh that attracts tourists of different nationalities. Its unique location is directly overlooking Shark Bay, a few minutes from Sharm El Sheikh International Airport. The resort includes dozens of luxury villas, each with a private swimming pool and Jacuzzi, in addition to more than 100 chalets.
It also includes various restaurants overlooking the charming views of the Red Sea, multiple swimming pools, a private beach, a water sports area, and a health club.