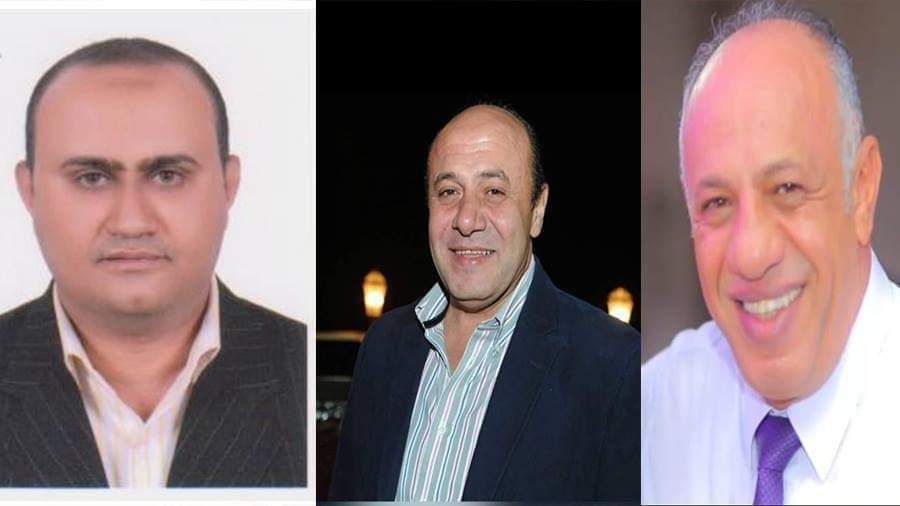 N Mall is located in the most distinguished areas at
NAC’s Downtown, with investments worth EGP 220m, says Ashraf Awad

Company has an ambitious plan to expand in Egyptian market and 40% of the project’s units are sold out, says Ehab Awad

Expectations of a selling boom in the market during the coming period, says Sameh Marwan

Leading real estate developer Olive Tree Development, one of Afamina Group of companies, announced its participation in Al-Ahram Real Estate Exhibition (Aqari) under the patronage of Prime Minister Mostafa Madbouly.
The Aqari exhibition will be held at the Cairo International Conference Centre in Nasr City from 29 July to 1August.
The company will showcase the last phase of N Mall, its first project in the New Administrative Capital (NAC), during the exhibition period and will offer exclusive offers and flexible payment plans with 15% discount on commercial units.
Chairman of the Group Ashraf Awad said that the In Mall is commercial, medical, administrative project and is located in the most prestigious areas of the NAC’s Downtown on ​​2,300 sqm next to government and financial district and near the monorail station.
Awad added that the project’s investments amounted to EGP 220m.
He pointed out that the company is offering the last phase of the mall for sale after the great success it achieved in a short period, noted that 40% of the project units have been sold out.
He stressed that the company aims to expand by directing new investments into Egyptian real estate market, in light of construction boom that the country is witnessing under the auspices of President Abdel Fattah El-Sisi. Consequently, the huge development process achieved in the New Capital made it the most popular in demand by clients and investors in the Middle East, not only Egypt.
For his part, Vice Chairman of the Group Ehab Awad said that the New Capital is a new smart city and is being constructed at the highest international standards. In addition, it is one of the fourth generation cities that the state is developing to increase urban area of ​​Egypt.
Awad added that the population of the NAC city is expected to grow from 18 to 40 million people by 2050.
He pointed out that the group has invested in the New Capital because of its huge investment opportunities, added, “We have a vision and an ambitious plan to expand in the market and provide an integrated real estate product to meet needs of customers looking for real estate units of high quality. In addition to, offering various units that suit different capabilities and needs of citizens.”
Meanwhile, Projects General Manager Hady George stated that the In Mall project enjoys many competitive advantages, added the mall’s built-up area reaches 30% of the total project land and 70% of spaces are allocated to serve the mall.
He explained that the mall comprises two basement floors and a 4,600-sqm garage. Additionally, ground, first, second and third floors are allocated for commercial units, meanwhile, fourth floor is designed for medical clinics and laboratories, and from the fifth to eighth floor for administrative offices in all specialties in addition to the roof.
George noted that the company delivers administrative and medical units fully finished.
For his part, Sameh Marawan, the company’s commercial marketing consultant, said that Aqari Exhibition is the most important real estate event annually, added that property bexhibitions contribute greatly to boost real estate market.
He expected that Egypt’s real estate market will evolve in the coming months in conjunction with the government’s implementation of its plans to move to its new headquarters in the New Capital.
The Afamina Group has extensive experience in Egyptian market that exceeds 27 years in housing, contracting, industrial and agricultural sectors. The company has built and constructed more than 17 residential towers in different areas in Cairo. In industrial sector, the group established Kiromarble for Marble and Granite factory on ​​30,000 sqm, which is one of the largest factories in Middle East with a production capacity of approximately 1.2m sqm, moreover, 80% of the factory’s production is exported to 23 countries. In agricultural sector, the group established the Queen and Prince farms, in addition to, allocating 165 acres for the cultivation of olives and grapes of all kinds.