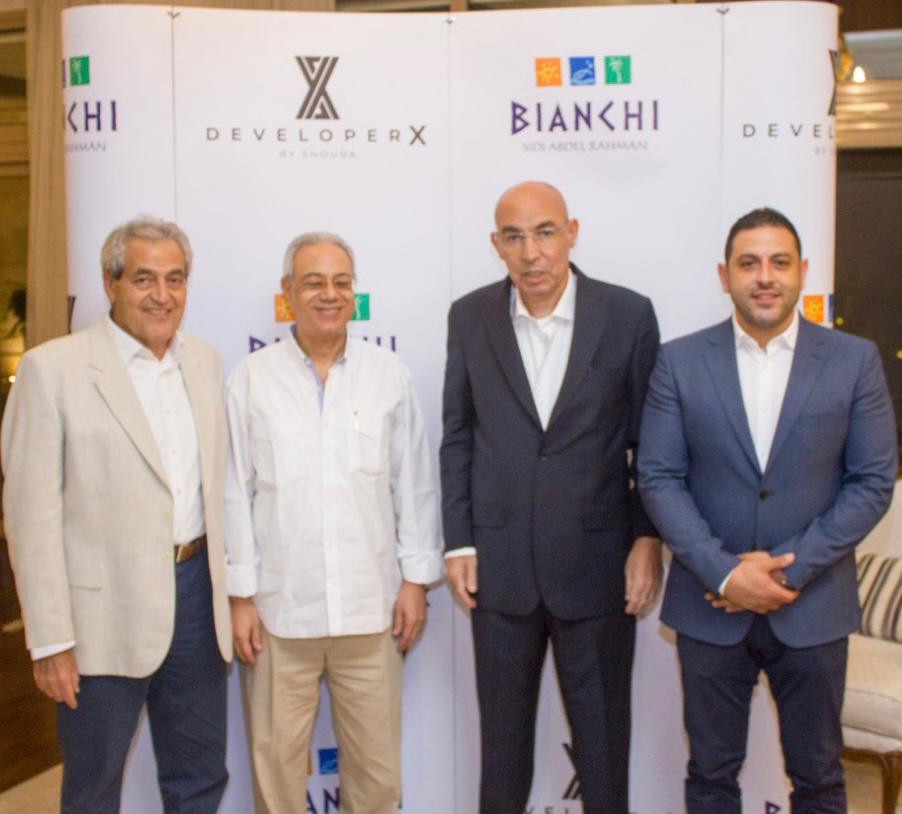 Developer X, a subsidiary of the Shoura Group, has signed a joint development agreement to complete the second phase of the Bianchi Sidi Abdel Rahman project on the North Coast.

Ashraf El-Shiaty, Chairperson of Shoura Group, said that this agreement comes within the company’s plan to cooperate with strong successful partners who have a distinguished business record. In addition, integrate between great expertise and strong financial solvency of the Shoura Group and the competitive advantages that Bianchi for tourism and real estate investment enjoys.

Ahmed Fouad said that the agreement includes completing the development of the residential tourism project Bianchi Sidi Abdelrahman in a partnership system with Bianchi company, whereby Developer X will undertake all executional work of the project, including planning, designing, developing, building and marketing.

Fouad explained that Bianchi company has completed the development of the first phase of the project and handed it over to customers with a total of about 200 units. He further noted that Developer X will complete the project’s second phase with a total area of 104 acres in the North Coast in the privileged area of Sidi Abdel Rahman. The project includes chalets, villas, twin houses, townhouses, a hotel, lakes and an entertainment area, as well as a commercial area that provides integrated services to clients

Developer X has contracted with the English company BDB to prepare the project designs in partnership with SA ARCHITECTS. Moreover; Essam Abaza was chosen as a general consultant for the project, Fouad pointed out. He further elaborated that the company plans to debut the project this summer, provided that the official announcement will be soon.

He stressed that the project includes various unique selling points that fill out all the gaps in the demand space; those include, lagoons, a prime location, integrated services and cooperation with honourable and successful partners along with the project phases.

Developer X CEO highlighted the importance of cooperation with Bianchi to achieve an element of integration between the two companies. He disclosed that the company’s expansion strategy includes its willingness to partner in any project that ensures its investment feasibility, distinction, in addition to the strength of the partner it cooperates with, and its business record, which are conditions available in the partnership with Bianchi for Tourism and Real Estate Investment.

For his part, Nagi Erian, Chairman of Bianchi For Tourism and Real Estate Investment stressed the importance of partnership between developers to reach an integral to support the comprehensive urban development that the state is currently implementing. However, partners must be selected based on several determinants, namely, strong and distinguished work experience, which all are met at Developer X, he noted.
Erian explained that the completion of the remaining phases of the project by Developer X represents a strong addition to the entire project, as new phases include many services and recreational activities to serve the entire project, including that of the phase that has been delivered to customers.