Go Khozam Developments, did a facelift to “il cazar”, as part of the company’s plan to transform into an international brand.

Nader Khozam, il cazar Chairman, said that the change takes place in the name only without any changes in the company’s shareholders’ structure or ownership, and the main objective of changing the name was for the sake of enabling the company to become a global brand in Egypt, assuring that the company puts the client consistently as a primary goal in every step.

He explained that the name il cazar means Caesar, and it is an international registered trademark through which the company seeks to have an imprint with global standards in its current and future projects, noting that the company has a strong strategy for the coming period, which makes it capable of launching a distinctive project annually that achieves diversity in its portfolio of projects and enables it to be on the top of real estate market in record time.

He added that the company started its work in the real estate market through “Go Heliopolis” project, which was completely sold out and will be delivered by the end of 2022, as it is an integrated residential project located in Heliopolis and includes 1500 units, and the company succeeded in marketing its sales targets from it in record time, through which the company’s expertise increased in real estate development. 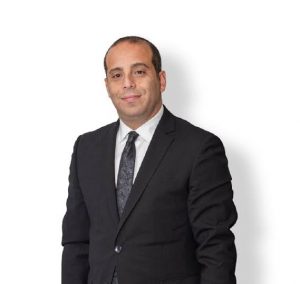 He pointed that the company is also developing Creek Town New Cairo project in the First Settlement with investments estimated at 8 billion pounds, as the project is located directly on the Suez Road on an area of ​​100 acres and is divided into three phases, and consists of 1500 units and will be delivered by 2024, besides the company keens to deliver its projects according to the certained dates by contract and agreed upon.

He confirmed that the company seeks to launch projects that will form an integrated community for clients that strengthen social ties and relations between clients within the project, and the company has achieved various experiences through the two projects, and the company focuses on the elements of quality and speed of implementation in its projects in order to ensure the quality of life for its clients.