Emeel Abdallah Chairman of Kuwaiti “First Group”: Completion of 3 projects in “Hessa” Towers in Kuwait three months ahead of schedule 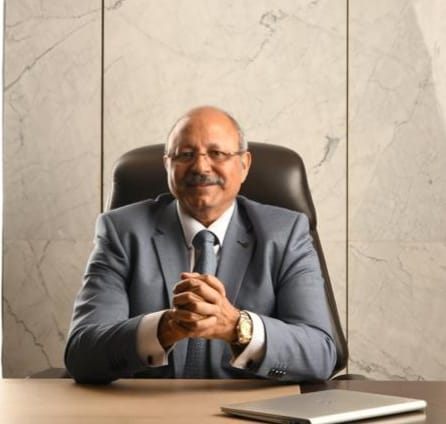 Emeel Abdallah Chairman of Kuwaiti “First Group”: “Levels Business Tower” is a new model the company presents for more advanced and innovative thinking in the capital

Eng. Emeel Abdallah, Chairman of “First Group” Investments in Kuwait, the owner of “Urbanlanes” Real Estate Development Company in Egypt, revealed that the works of the first phase and the concrete structures of three towers in “Hessa” Towers area in the sisterly State of Kuwait had been completed three months before the deadline for the completion of this stage, in addition to the completion of 35% of the finishing works for the facades and interior finishes of these towers.

Abdullah added in press statements that the company’s business volume in Kuwait exceeds 100 giant projects, between private and governmental projects with the State of Kuwait, varies between high-rise towers exceeding 44 floors, administrative and commercial centers, a mosque, schools, government agencies and residential projects, pointing that their experience years of work in Kuwait and Egypt are over 36 years, during which the group implemented a number of projects that are considered prominent signs in Egypt and Kuwait through the group’s 7 companies working in all specializations related to construction and building, which was recently coronated
by launching Urbanlanes in Egypt with an expansionary investment vision and thought aligns with the scale of urban development implemented by the Egyptian state, as the company is now putting its mark in the implementation of high-rise towers in the New Administrative Capital, one of the most important national projects ever, and announcing the implementation of its first projects in the field of high-rise towers in Egypt “levels business tower”.

Eng. Fadi Abdullah, Urbanlanes CEO, pointed that the Kuwaiti First Group company, has implemented the Levels Tower in Kuwait with the highest international standards and specifications, and it is considered one of the prominent and distinctive signs in Kuwait, and this was the reason behind naming the company’s first project in the capital by “levels business Tower”, repeating this wonderful model of projects, but with a more developed and innovative vision in the capital, where the project, whose heights reach 153 with about 41 floors, and is characterized as an “administrative – commercial – tourist hotel” with a distinct and unique location in the first row of tourist towers on the northern axis of Mohammed bin Zayed with a direct view of the green river for all units.

Architectural engineer Shady Abdullah, Urnablanes member of board, said that
the project was designed with a different and non-recurring view of ​​​​the level of luxury and the quality of services and the choice of a strong design, as it is a mixture between pleasure, work and the transformation of art into an architectural masterpiece in order to create a distinctive brand that will be a very strong addition in the New Administrative Capital that aligns
with the vision of Urbanlanes Company and the Kuwaiti First Group, which possesses the ability and experience that qualifies it to do something unique, noting that Levels Business Tower project is characterized by the diversity of its services and interior designs in each role divided with special details and a special story that characterizes each group of the floors inside the tower which are different from others, as it contains four projects of different nature, colors and services within one project with different levels of service, which achieves a difference in the quality of services provided to each client, which meets their desires according to their special interests.